A Western Cape politician, who was “nauseated” by the thought of educating high school students about homosexuality, has been accused of perpetuating a climate of violence against LGBTI people.

He said that sex was only intended for procreation and that the ACDP’s position is that “homosexuality is a sin before God”. He also quoted biblical scripture that lumps gays and lesbians with criminals.

The organisation said in a media release that Christians’ rejection of inclusive and informative sex education for young people “is a short-sighted and ignorant response unworthy of consideration”.

It argued that young people have a right to sexual education that is not narrow and moralistic but which gives them the tools to understand their own sexuality and gender identity and how to be responsible for good sexual health choices.

“Denying young people all the information available about sexual health in a context of high rates of sexually transmitted infections is deeply irresponsible for society as a whole and unfair to the young people concerned,” said Triangle.

It went on to say that, “words are incredibly powerful and even more so when they are spoken in the chamber of a legislature.”

“Words like those of Christian Ferlon, continue to serve to make LGBTI people – and especially LGBTI youth – feel unwelcome and alienated by their sexual orientation or gender identity. These words also exist in a climate of extreme violence against LGBTI people in South Africa, where men and women are victims of assault, rape and sometimes murder,” insisted the group.

It added that, “Those who commit these violent crimes do so because they see LGBTI people as ‘less than’ and not as full people, and the comments by MPL Ferlon serve to perpetuate that climate of hostility, bigotry and dehumanisation.”

Elsbeth Engelbrecht, Director of Triangle, told Mambaonline that it was troubling that Christians’ comments followed recent remarks by the mayor of the Umzinyathi District in KwaZulu-Natal blaming gay men for spreading HIV and vowing to “clamp down” on homosexuality.

Northern Cape premier to appear in court for hate speech 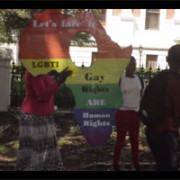 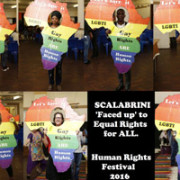 Victims of ‘corrective rape’ pressured to remain silent by fami...
Scroll to top