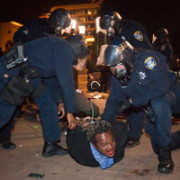 Amidst the sequential public and political backlash, it is time society and authorities alike acknowledge, and act upon the knowledge that, police brutality against black people in the U.S. has reached a devastatingly critical point. The systematic oppression of blacks in the U.S. is a hate crime, and legislative processes and nationwide conversations must urgently reflect this reality.

Once again, the unwarranted shootings of African-American men have triggered discourse, outcry and protests over police use of lethal weapons. With these incidents that may be misconstrued into a fragmented narrative of isolated events, it is important to recognize the systematic way through which police brutality and institutional racism operates.

In the American context, police misconduct is systemic; police departments are not given sufficient training in non-violent mechanisms to deescalate situations primarily in non-white areas, and blacks are overwhelmingly perceived as more criminally inclined: despite being only 14% of the nation’s regular drug users (and approximately 13% of the population), black Americans constitute 56% of the people in state prisons for drug offenses. Importantly, though the critiques of racism-in-action do not reflect the personal prejudices of many officials who do not subscribe to learnt intolerance, there are justified and statistically sound arguments that prove the existence of institutional racism. Furthermore, the consequences of brutality, including unnecessary and overtly aggressive arrests (i.e. Sandra Bland) to inexcusable circumstances of ill-informed police taking to their guns (i.e. Tamir Rice), have been disturbingly minimal for law enforcement officials.

Primarily, the killing of blacks at the hands of police should be classified as hate crimes because of the internalized prejudice motivating these attacks. While more than 100 black men have been killed by the police in the U.S. so far this year, the recent killings of Sterling and Castile have prompted again a push for more accountable law enforcement thanks to the uniquely available video footage of these two incidents. Regardless of the consequences for the police and the [lack of] evidence available to convict them, systemic police brutality is perpetuated by prejudices against black and brown individuals, and the militaristic weaponry of local police agencies that enables their crimes.

Studies upon studies have shown that African Americans are being disproportionality killed by police, by a huge margin. And while the reasoning behind these grossly disproportionate statistics vary based on where police officers are more frequently sent to, vague suspect descriptions, and police prejudice in all its other incarnations, the unavoidable inequity here plays akin to the suffering of a larger community than is immediately recognized.

Notably, following the shooting of Philando Castile, whose death was classified as a homicide, the Minnesota Governor Mark Dayton said he doesn’t think Castile would have been shot if he were white. With such a transparent and troubling pattern of racism and prejudice among law enforcement officers, the fundamental circumstances of prejudice-motivating crimes, tragically homicides in many cases, demand legislative action.

It is important to note that not every assault committed against minorities by police in positions of power is necessarily a hate crime. For example, the vandalism of a Muslim-owned property does not qualify as a hate crime, unless an anti-Islam prejudice motivated the crime. Furthermore, when police exhibit traits of internalized racism and prejudice, say the unfounded perception of all black males as aggressive and hostile, it is that bias which motivates the crime. Though no explicit remark must be made, the fact that prejudice founds brutality should be reason enough to denounce the violation of a citizen’s entitlement to fair dignity.

Secondly, the lasting implication of police brutality on entire black communities is a clear indicator of hate crimes. Hate crimes are crimes motivated against a particular group, defined by factors from ethnicity to sexuality to national origin, and they are unique in that the victims include the immediate victims but also their communities or the communities to which they are perceived to belong in. In the context of police prejudice-motivated crimes, the victim is not only the immediate casualty as it often is (for example Alton Sterling or Philando Castile), but also the entire black community. The justification for this framework of hate crime criminalization is to protect persons based on their membership to a socially constructed racial category.

Situations such as shootings in which the police are the perpetrators who end the lives of disproportionality black individuals, are unavoidably bias-motivated. The sequential grieving and fear, which these killings ignite, span beyond the immediate victims and their families; the grievance and intimidation felt affects black communities nationwide. One of the most prominent examples of this is the Black Lives Matter movement that began in response to the shooting-death of an unarmed 17-year-old black boy named Trayvon Martin in 2013.

As the HCWG has stated, hate crimes “undermine social cohesion and the creation of a society based on equality.” While media coverage and social activism have prompted some peaceful protesting for the establishment of said social cohesion, once a precedence is set with this official crime category, the repercussions will be revolutionary.

The language of hate crimes, when used appropriately in conversations surrounding police brutality, will finally recognize and draw greater attention to the social impact of the message police brutality sends to black and brown communities; rather, it will send the message in return that offenders cannot commit such crimes with impunity.

Unfortunately, the defining of police brutality against minorities as a hate crime will not immediately take affect given how commonplace acquittals have become in the U.S. judicial system— the same one to give a rapist a despicably low six-month sentence after evidence concluded he had in fact sexually assaulted an unconscious woman. The challenge here lies in the retrospective proving of bias-motivated behaviours. Despite the difficulty of making a case for some instances of police brutality to warrant the classification of ‘hate crime,’ the clear breach of protocol and blatant violation of basic rights accessible to us because of footage now available, should beg the question of what it will take for our judicial systems to convey the stakes at hand. When police brutality ensues among majority black communities, where mostly non-blacks have the privilege to live without fear of police exploitation of authority and harassment, the trauma of another lost black life extends well beyond the initially implicated community.

In “The New Jim Crow: Mass Incarceration in the Age of Colorblindness,” Michelle Alexander writes that “mass incarceration operates as a tightly networked systems of laws, policies, customs and institutions that operate collectively to ensure the subordinate status of a group defined largely by race.”  With these oppressive frameworks, it is important to not only recognize that the span of the communities affected and implicated, but also to responsibly take action from activism through to concrete policy addressing systemic police brutality.

Hate speech legislation must urgently be introduced into the conversation surrounding police brutality in the U.S.; otherwise an opportunity for proper codification and a new deterrent will be lost just like the lives of hundreds of black citizens in the past years alone. Now more than ever is the time to recognize the merits of hate crimes legislation. 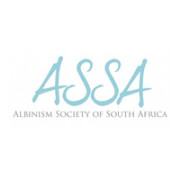 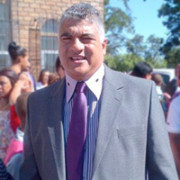 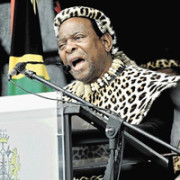